Posted on 22nd May 2013 Categories: Littlehampton, Trip reports, UK, Wrecks Comments are off for this post 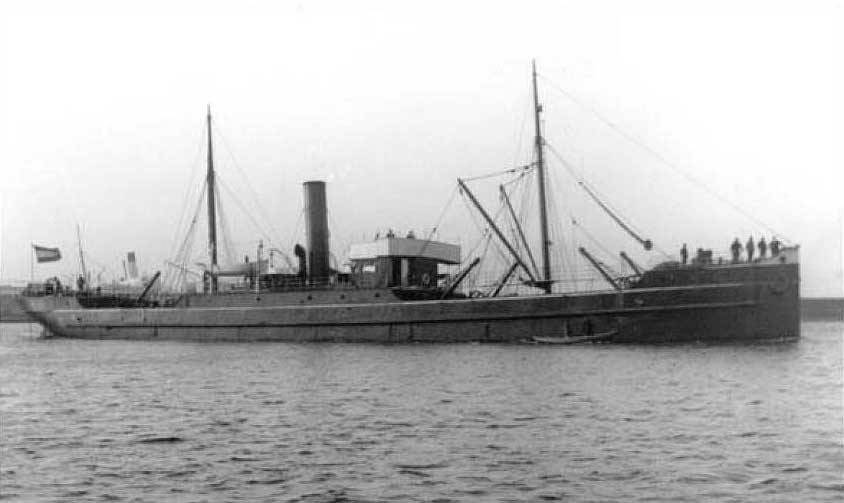 An 8am leave from Littlehampton unfortunately means a 4.45am alarm call at Chez Brown, so it was with bleary eyes that I collected Paul C (aspiring gas-monkey at Amphibian Sports) from his place and headed for a trip out with Paul Childs on his spacious catamaran Voyager. We arrived at 7 and were soon loaded and chugging out in flat-calm seas to the wreck of the Zaanstroom.

The Zaanstroom was a 900 ton coaster that was carrying china clay from Fowey to Amsterdam when she sprang a leak and sank on 21 December 1911. She now sits upright and intact about 9 miles south of Littlehampton and provides and excellent Sports Diver level dive.

Unfortunately visibility was only about 2m, but the sun was trying to come through and the sea was flat. On getting to the bottom of the shot we were roughly mid-ships so headed off to try and find an end, ending up at the bows. The mission was lobsters but despite doing an entire circuit of the wreck I didn’t see a single one. After half an hour it was getting rather chilly so Jeremy and I decided to ascend. It’s difficult to say much more about the dive as the viz was so bad.

I sat out the second dive, but all the lads enjoyed it coming back with nice fat bags of scallops and a few plaice.

All in all a very enjoyable day out, lets just hope that the visibility improves some time soon. Pics below from Marcin Grabowski.

Thanks to Paul Childs and all the Croydon crew for a great day out. 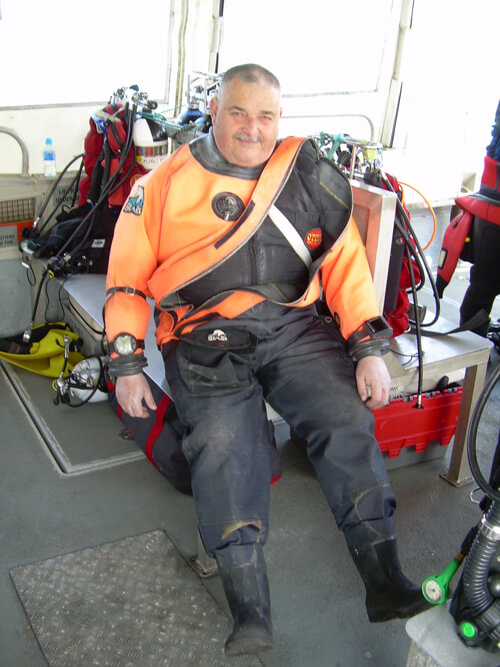 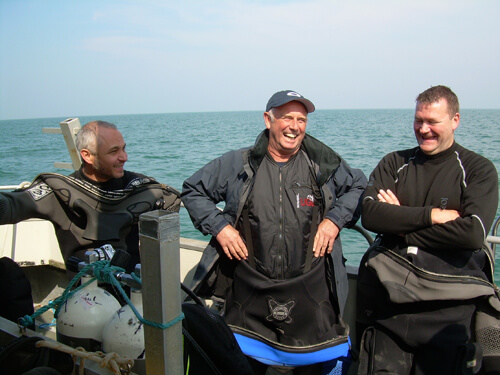 Tone demonstrating The Timewarp. Who knew he was a Rocky Horror fan eh? 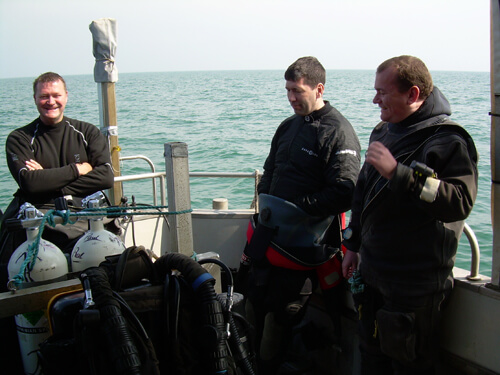 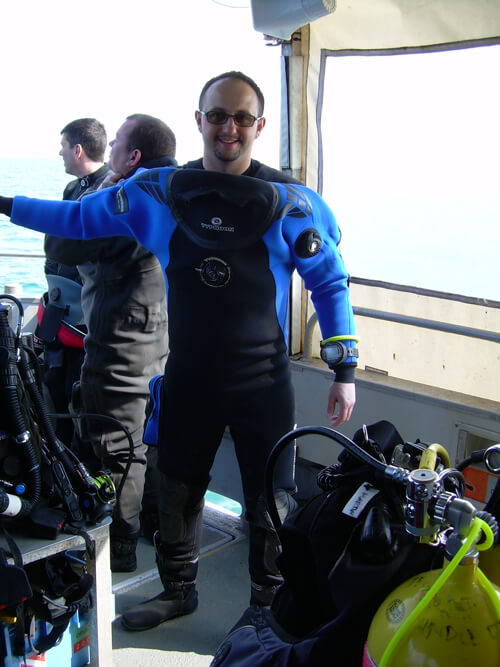 Marcin – the boat’s official photographer for the day. 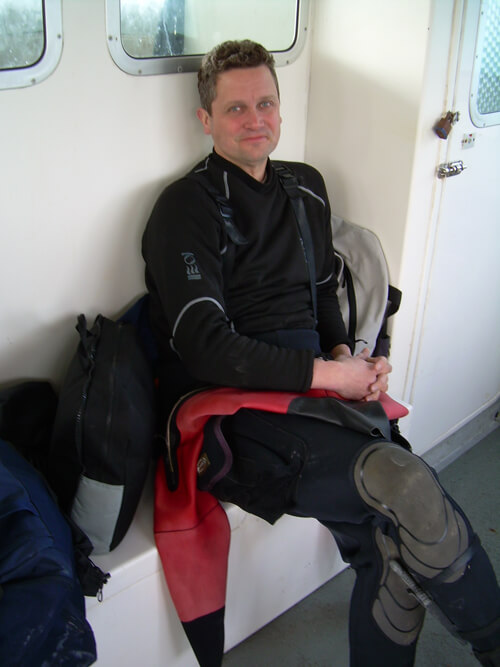 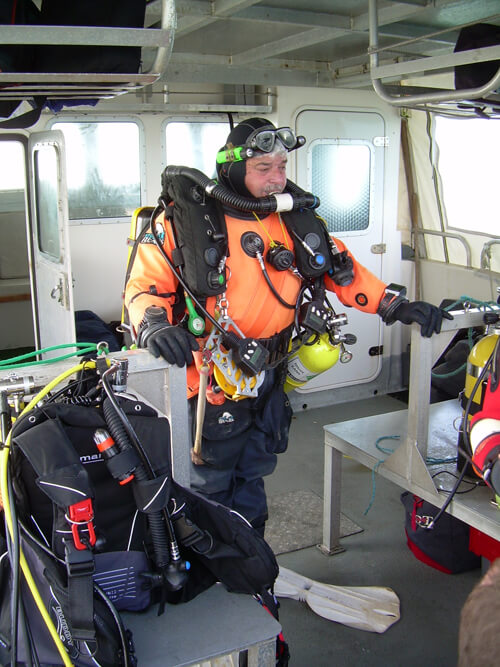 Alan Glen before he fell arse over tit. 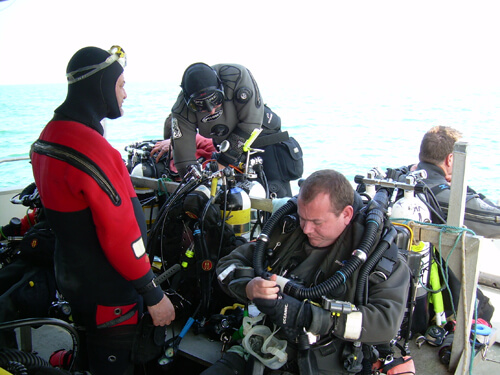 Brown trying to remember how to work his mothball-covered kit. 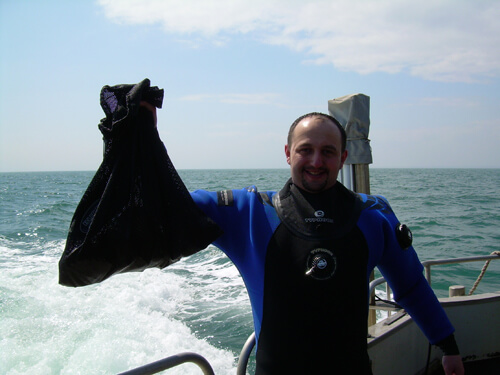 To the victors, the spoils! 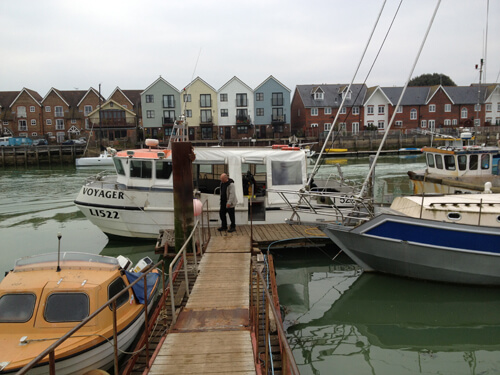 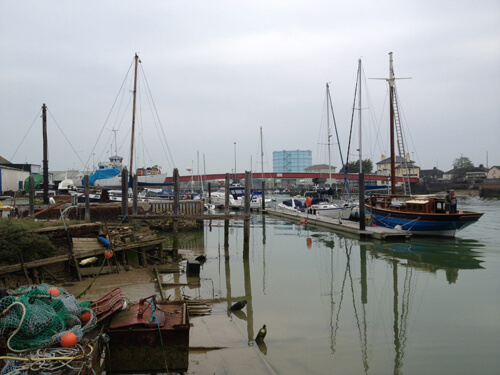 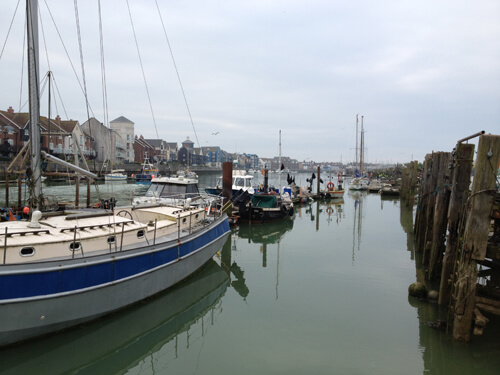 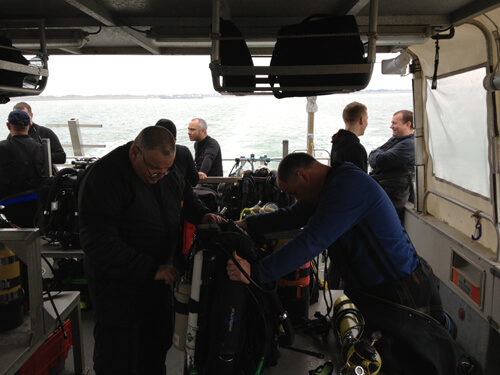 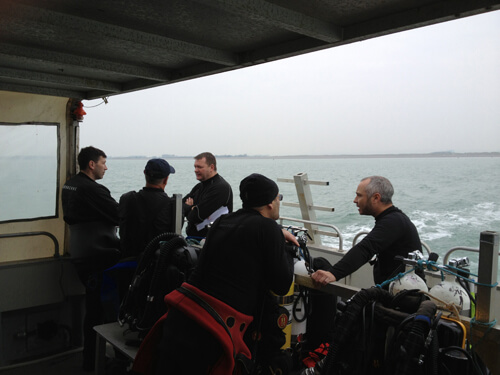 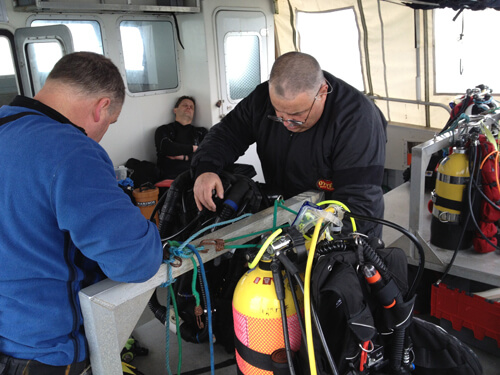 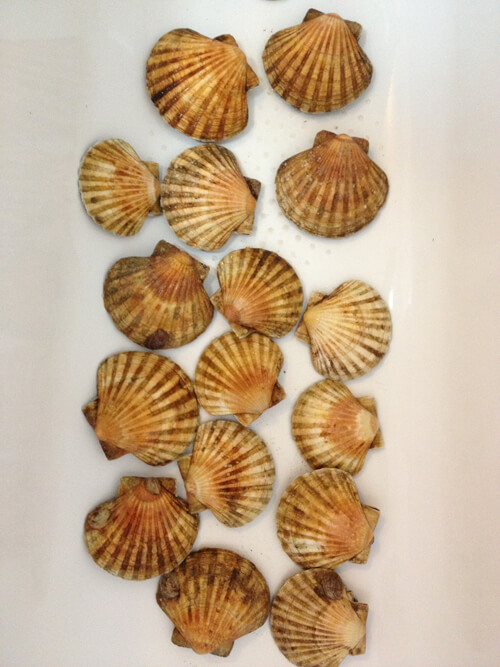