When Big Al’and I pitched up at Rope Walk we were met by a sheepish faced Whitby soon to be joined by a dower faced Brown. These chaps had consulted their i-Whatsits. They had been reliably informed that the forecast was shit!

Nevertheless, our skipper Paul, using years of experience, common sense and a special relationship with Maritime Mystic Meg had decided that it was safe to set sail for our desired diving location on the Duke of Buccleugh.

Loading up, Paul Brown demonstrated his skills of balancing a tea chest full of his diving nick naks on his shoulder. Mad fool I hear you say! Quite right, I respond as an unlucky Brown tumbled and grazed his knee. Glen and Inglis were soon in attendance. Al’ had his serrated edged dive knife and Inglis with the Croydon BSAC 23 band aid. Amazingly, Brown made an instantaneous recovery.

Brown’s prized possessions were recovered (fortunately none had fallen into the foul smelling mud below). All other kit was loaded and we set sail.

As Dive Manager, Jane delivered a comprehensive and safe briefing. This briefing included a return to shot/trapeze requirement.

Jane’s experience was considerably enhanced a few years ago when she witnessed a situation where on a similar dive in the shipping lanes a tanker was on a direct course for decompressing divers. Fortunately, Jack Inglis was able to dive down to these divers and persuade them to descend again to 20 metres.

Witness accounts recollect that it went very dark and there was a thunder of the ship’s engines. Thankfully, nobody was hurt albeit that the deco buoy bumped against the ship’s hull. No claret or body parts were left floating on the surface.

All divers found a change of underwear most refreshing.

I digress! The trip out was commendably smooth unlike the previous day when it had been decidedly bumpy!

As it was Al’ 1000th dive, we had to committed to a financial suicide pact and agreed to dive on 20/30. Inglis however had sensibly opted for real air and Brown and Whitby for a secret mixture of mustard gas, hydrogen sulphide and self-generated methane. Whitby wouldn’t know any different as no doubt his VR3 had crashed yet again!

It was a good dive (see clip) albeit that the viz was not the promised “gin-clear”.

On the way home, we were joined by a colourful stowaway – a Death’s Head moth. This formidable sized and rarely seen native stayed with us until docking again at Littlehampton. 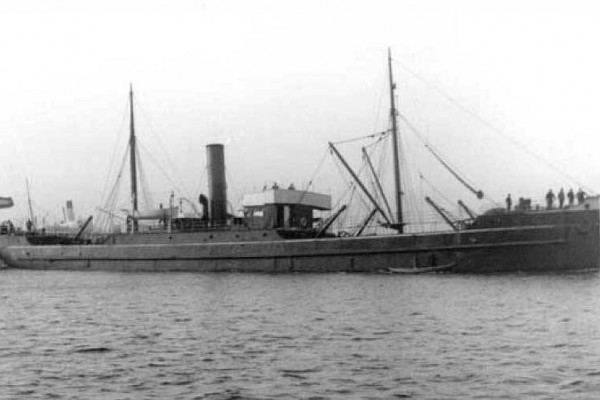