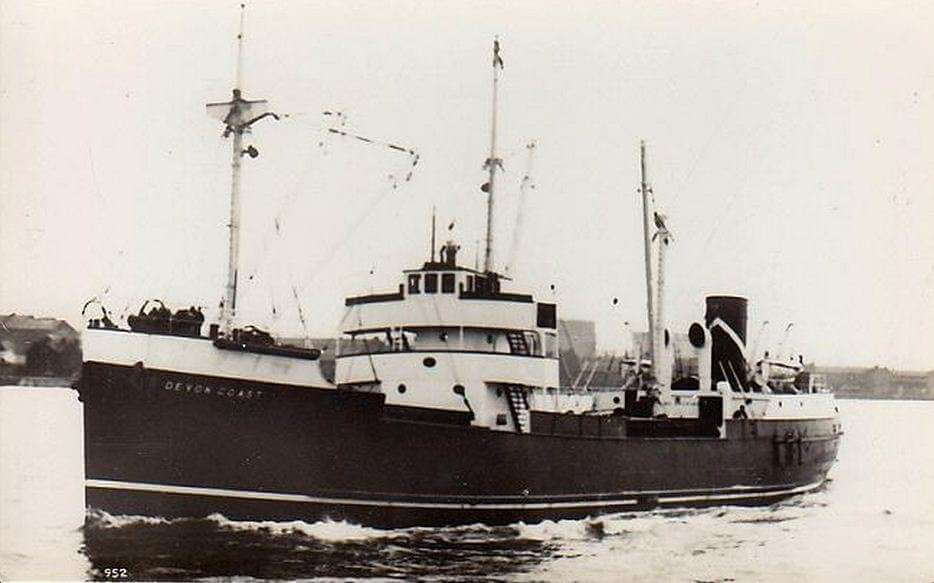 It was hard to muster any enthusiasm at 7am when my alarm went off. I had seen the forecast for the day’s weather and it was not looking very good. This and the fact that every dive this year of the south coast I had been treated to bad visibility. A quick look out of the window confirmed the weather report so I sluggishly loaded the car and set off.

The dive down to Brighton was uneventful, just spots of light rain. My mood increased when I got to the marina and the MacDonald’s sign came in to view. The good thing about a bad forecast is that I can have the biggest unhealthiest MacDonalds breakfast safe in the knowledge I will not keep it down long enough to metabolise any of it.

So with my kit loaded onboard BrightonDiver II I tucked in to my bag of apply named “macS**t”. Paul decided that conditions where not good enough to do our chosen wreck of the Clodmoor so we changed plan and headed out to do the Devon Coast.

I don’t have a great deal of info on the Devon Coast but here is some blarb found by Szymon.

After a relatively flat ride out to the wreck Roger and I descended in to the usual south coast gloom. Half way down the shot line I remembered that I had not folded in my neck seal when I donned the suit before leaving the marina. This dive was going to be very wet and cold.

The shot was anchored in between the two boilers so that is where the dive started. Visibility here was bad probably about a meter. The Devon Coast is very broken up so the boilers stand a good 4 meters proud of the wreck its self. There where also high standing parts but in the reduced visibility it was hard to determine whet they were. These we followed and quickly found the remains of the broken prop shaft. I did try to follow it to the stern but in the tangled wreckage and poor visibility we ended up back at the boilers. In fact we did that several times throughout the dive. I’m not sure how many times we went round in circles but we did se at least 3 prop shafts and 10 boilers.

An interesting feature was the ships cargo of concrete, stored in bags they now lie on the sea floor and look very much like rocks. Life on the wreck I thought was lacking until I looked up, above me was a large shoal of bib but other then that there was little else. Other people reported seeing some lobster in the concrete “rocks”. All in all a nice little rummage dive.

After a rest, cup of tea and some food (and me trying to dry my under suit in the wind) we jump in for our second dive. Not much to write about here. We started out on a rocky sea floor with lots of gullies for nothing to hide in. after about 10 minutes we drift over sand. Not much to see on this dive just the normal assortment of hermit crabs, starfish and the odd flattie. The visibility was slightly better here and all in all a nice dive.

All in all it was a good days diving with great people and conditions better then forecasted.