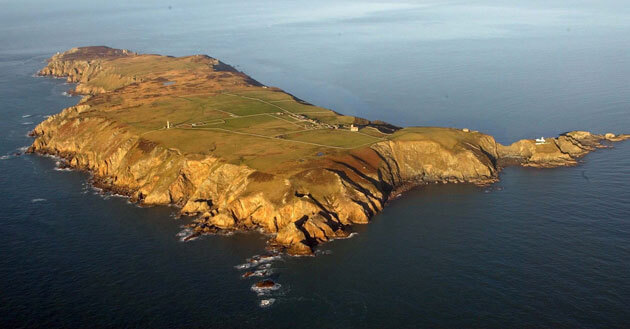 Diving with seals is one of the 1000 things to do before you die, and Lundy is the place to go to tick off this particular chore.  It’s a long drive to get to Ilfracombe on the north Devon coast (6 hours on a Friday evening), and then a long sail to get to the island (1 ½ hrs against the tide) the following morning.

Not many boats go to Lundy but there are a pair which go –Obsession 1 and Obsession 2.  Obsession 2 has a proper kitting up area, a lift and a sun deck.  So we went on Obsession 1 –  which has none of these.  However, we did have a ringside view of some dolphins on the way out.  We were robbed of our chance to dive the Robert – by all accounts one of the best dives on Lundy – by a mystery diver in the other group on the boat who could not dive below 20 metres.  So the first dive was a spectacularly dull look at some sand and rocks with a few crabs and rather grey bits of seaweed.  The second dive had a max depth of 3 metres and the friendliest, nicest, most sociable and affectionate seals came to look at and play with us.  They rolled around us often approaching us belly up.  When tired they would just rest on the rocks and seaweed on the sea floor, and when hungry would give a tentative nibble at our fins.  We returned to Ilfracombe in blazing sun for a statutory curry.

The following day after a rather colder journey on rather lumpier seas we dived the Carmine Filomena – it was a reasonable enough wreck but nothing to get too excited about.  Unlike the second dive where once again we risked life and limb by diving to as much as 3 metres to play with the seals again.

It’s a long way to go for a weekend, but it’s probably the nearest place to see seals from London.  The experience of getting up close and personal with a large and friendly seal is well worth the effort.   Many thanks to Paul for organising the whole trip.