Posted on 23rd April 2015 Categories: Plymouth, Trip reports, UK Comments are off for this post 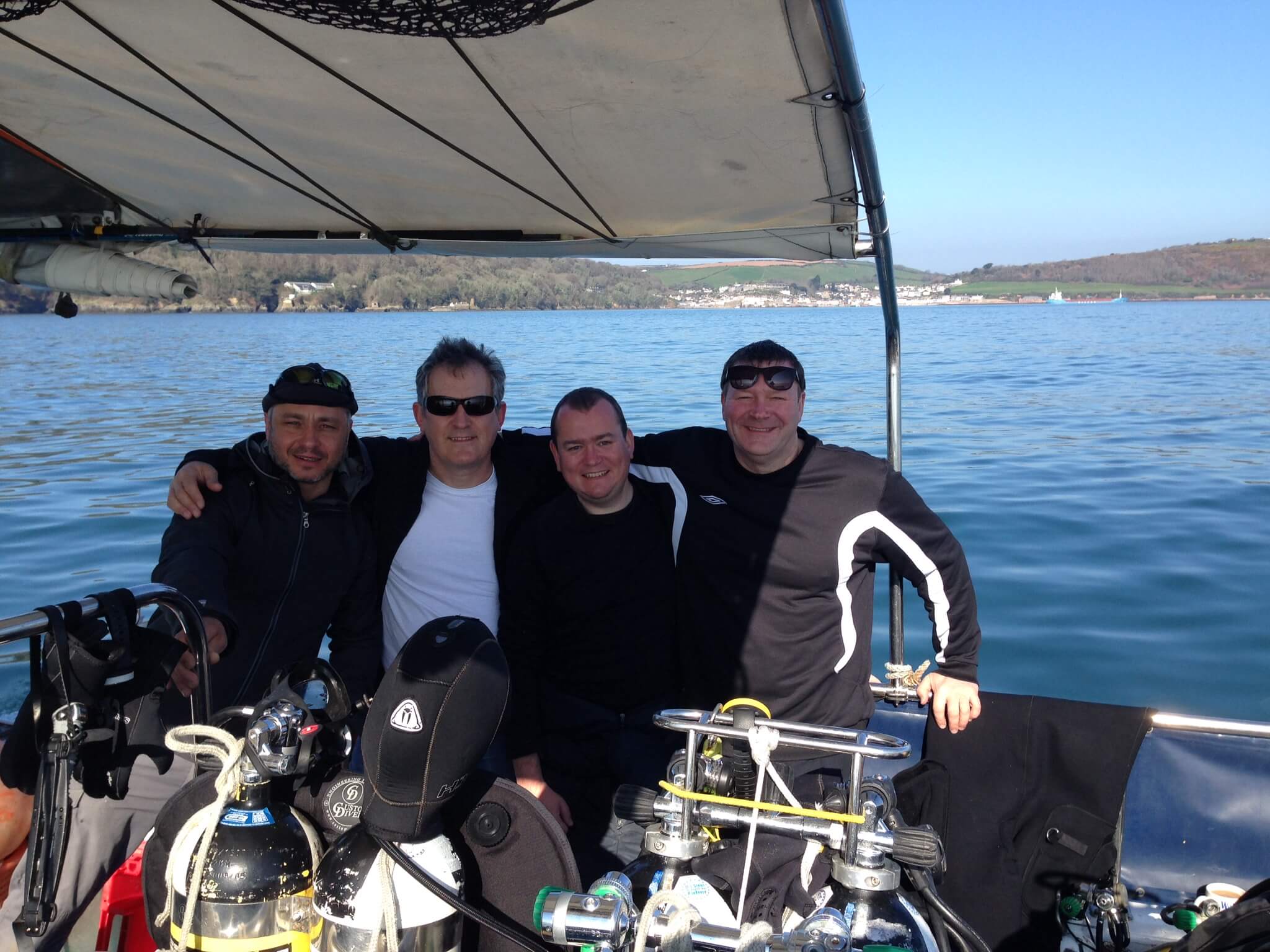 As usual a crowd of Croydon divers planned to spend their Easter weekend diving from the floating gin palace that is VENTURE from Plymouth and as usual the weather forecast prior to the trip was absolutely horrible. Still, being a hardy lot we didn’t let the Met Office’s doom and gloom put us off, we just went for it! 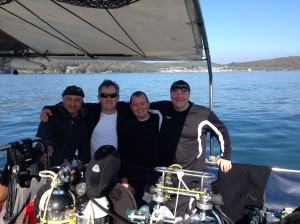 Good Friday and it’s blowing 7-8 on the Beaufort scale, but skipper Pete explained it was off the land so we should be ok, so we loaded up for a trip round to the Scylla. Chugging out of the Sound all seemed well, there was no chop, just the slow roll of an offshore swell, however, once we turned round Rame Head all that changed and we started getting bashed about a bit. It was still do-able though, so once we were on site the shot was quickly deployed and the divers were heading down the line to get out of the swell. Having been tasked with tying in a permanent shot I was first down the line and was met with a pleasant 5m+ of viz. Once I’d completed the commercial work (the invoice is in the post to Venture Charters) I headed off for look round the wreck and was pleasantly surprised at the amount of life that has made the Scylla it’s home. Some of you may know that this isn’t my favourite wreck, but in the 11 years we’ve been diving it the Scylla has gone from a rather sterile lump of metal to truly becoming an artificial reef. After a full circuit of the wreck lasting about 25mins I was back at the shot. Water temperature was 9 degrees so as I’d gotten a bit chilly it was time to ascend to warm up with a portion of Skipper Pete’s meaty balls and a cuppa.

Most agreed that they couldn’t be arsed with a second dive as it was too rough, too cold and they were feeling too sick due to the previous night’s curry courtesy of the Ganges & Ghurkha. A couple of hardy souls dropped in for a weight check in the bay where we were having lunch, but once that was out of the way we headed back in. Friday night saw the second trip to the Ganges & Ghurkha in as many days, although the waiter told us our bar bill was only half what it was the previous night…

Saturday morning and it wasn’t much warmer, but the wind had dropped right off, so we headed out in a flat-calm sea to dive the Persier. This broken wreck lies in 30m of water in an area that usually offers very good visibility. On arriving on site the water was the lovely inky-blue that usually means decent viz, so we were all eager to jump in. On the bottom we were greeted with around 7-8m of viz, perhaps not as good as we’d expected but certainly better than we’re used to out of Brighton. The wreck is still covered in life, with an abundance of pink sea fans, plumose anemones and fish. 30mins was enough though as the water hadn’t warmed up, so we headed up for a portion of Skipper Pete’s chicken stew and an Oxo. As we headed back towards Plymouth Sound the crew’s allocation of builders amused themselves by stuffing fistfuls of biscuits into their greedy chops whilst the rest of us looked on wishing for a nibble of a chocolate penguin. They also nicked more tea than anyone else – honestly, they might as well have been at work (if they’d been propping up a wall or leaning on a shovel I’d have sworn that they were…).

Second dive was the Glen Strathallen which I sat out, but I was reliably informed that the viz was good and all divers came up with smiles on their faces. Once they were all up we headed back in for a steak dinner and a few beers. 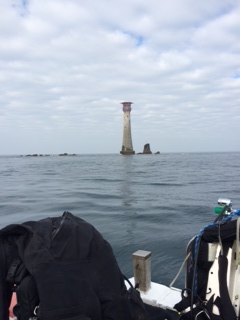 Sunday and it was flippin’ glorious. The sun was out, the sea was mirror-smooth and we were heading out to dive the Eddystone Lighthouse, one of the best reef dives on the south coast. Visibility was around 8-10m and as it was sunny it was nice and bright, even at depth. The walls of the Eddystone are absolutely covered in dead men’s fingers, plumose and jewel anemones. Large shoals of pollack hang just off the reef in the current and brightly coloured cuckoo wrasse guard their territory against predators. This really was a spectacular dive, made all the better with being warm when we jumped in which meant that I didn’t freeze my nuts off quite as quickly as I had on previous days.

After a bowl of steaming hot soup and some more biscuit-greed from the builders we were on site to dive the James Eagan Layne. This is one of my favourite dives and as usual it didn’t fail to please. It was disappointing to see that the wreck has started collapsing in on itself and the bow far more broken that it used to be. Still, viz was excellent and the collapsed areas have made some nice swim-throughs to explore. A couple of large squid on the edge of the viz made for a nice change to the usual life. Sunday night a a couple of our number headed for home whilst the rest of us went to The Pub on the Hoe to grub, booze and to shovel a small fortune into the jukebox. 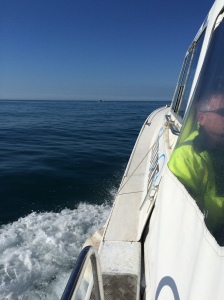 Easter Monday and it was our last diving day, thankfully it was flat-calm once again as we motored down to the wreck of the Rosehill. Over the last few years the visibility on the Rosehill has been really bad due to the dumping of dredging waste in the bay, but this has now stopped so the viz has come back and certainly didn’t disappoint. The wreck is covered in fields of pink sea fans and is home to an abundance of (currently too small to eat) crabs. A 30-40min dive allows enough time for a good circuit of the wreck taking in the boilers, stern gun and huge prop. On surfacing there were happy faces all over the boat, and not just because with the builders gone we had a chance with the biscuits. A very nice dive in perfect conditions.

The final dive of the weekend was a new site for us, the protected wreck of the Coronation. She was a 100 gun sailing ship from the 1700’s that is now marked out with a trail for divers that takes in a number of the huge guns and anchors. You can read about the wreck here: www.coronationwreck.co.uk. Unfortunately the viz wasn’t great as it’s only a small site and there was another boat-load of divers there. Still, it was a nice little dive that polished off a brilliant weekend.

So that was it, an excellent weekend from what was looking like a wash-out. Thanks to all those that came along and massive thanks to Pete from Venture Charters for once again going the extra mile to look after us. 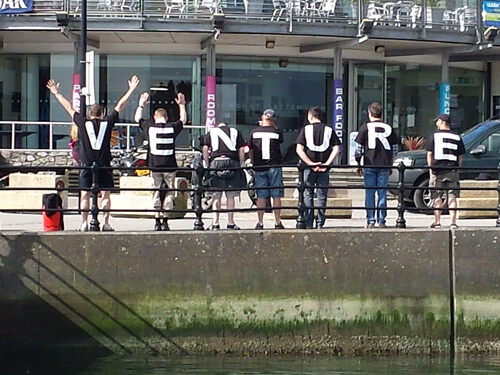 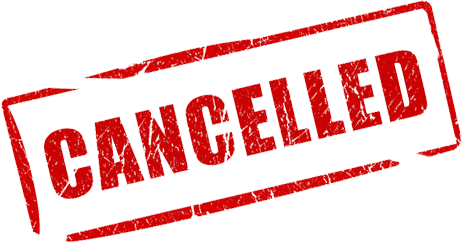 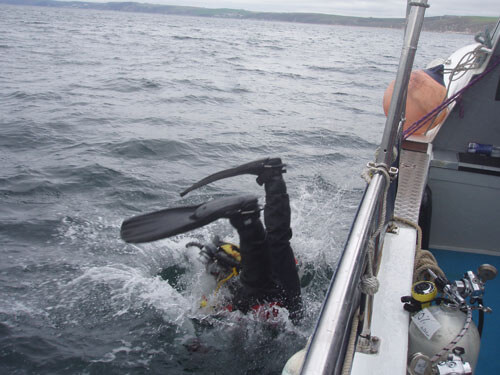