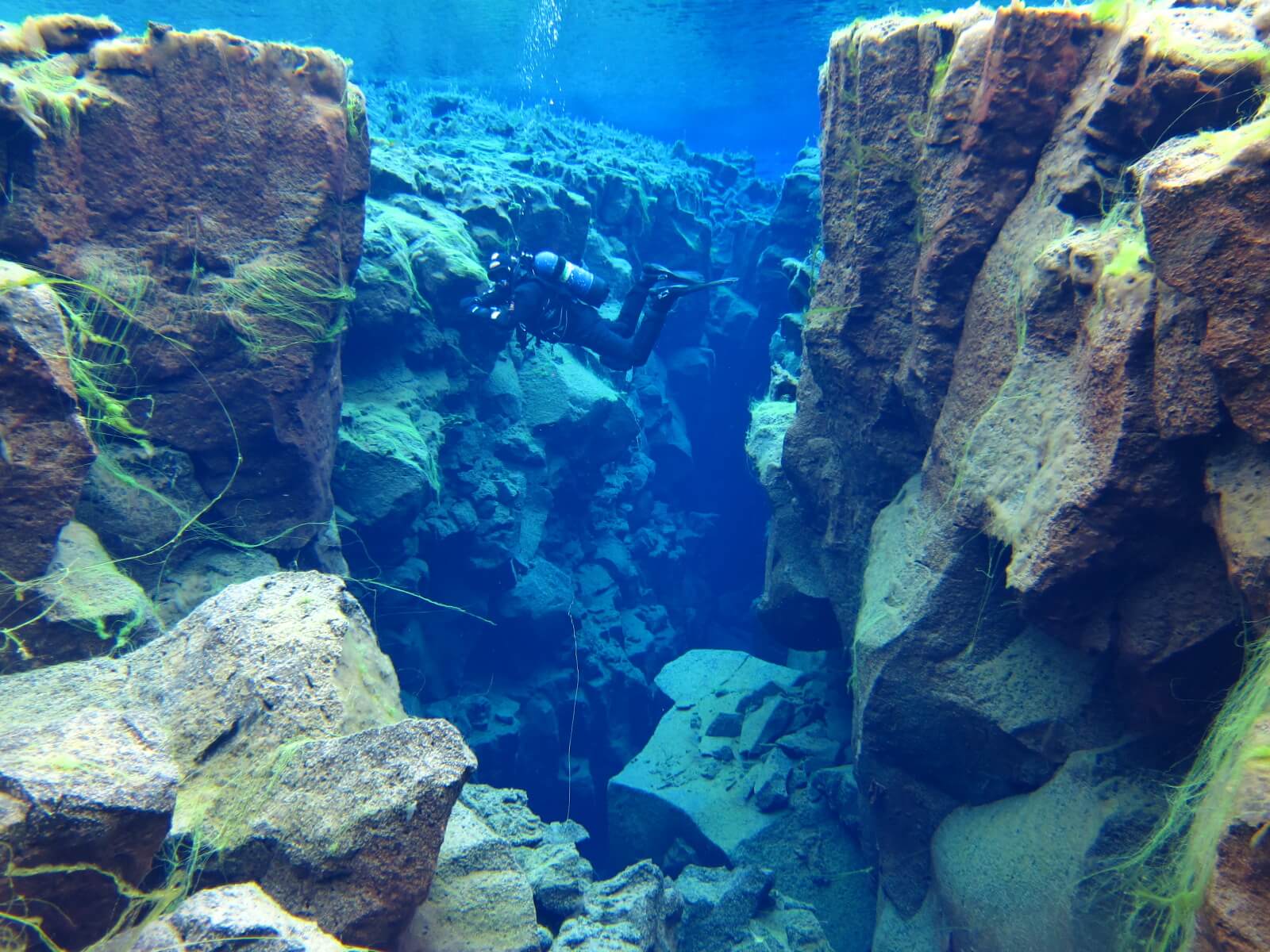 Hearing tales of how awful this year has been for blown out dives and the fact I had to go to Iceland on a business trip meant I had to check out Iceland as a potential dive destination.

It isn’t often you can say that a freshwater dive is better than going to sea but the promise of diving the only place on earth where you can realistically see and dive the mid-Atlantic ridge as it crosses the Thingviller national park in Iceland is one of them – especially when the visibility is regularly 150m plus – muddy puddle this isn’t! 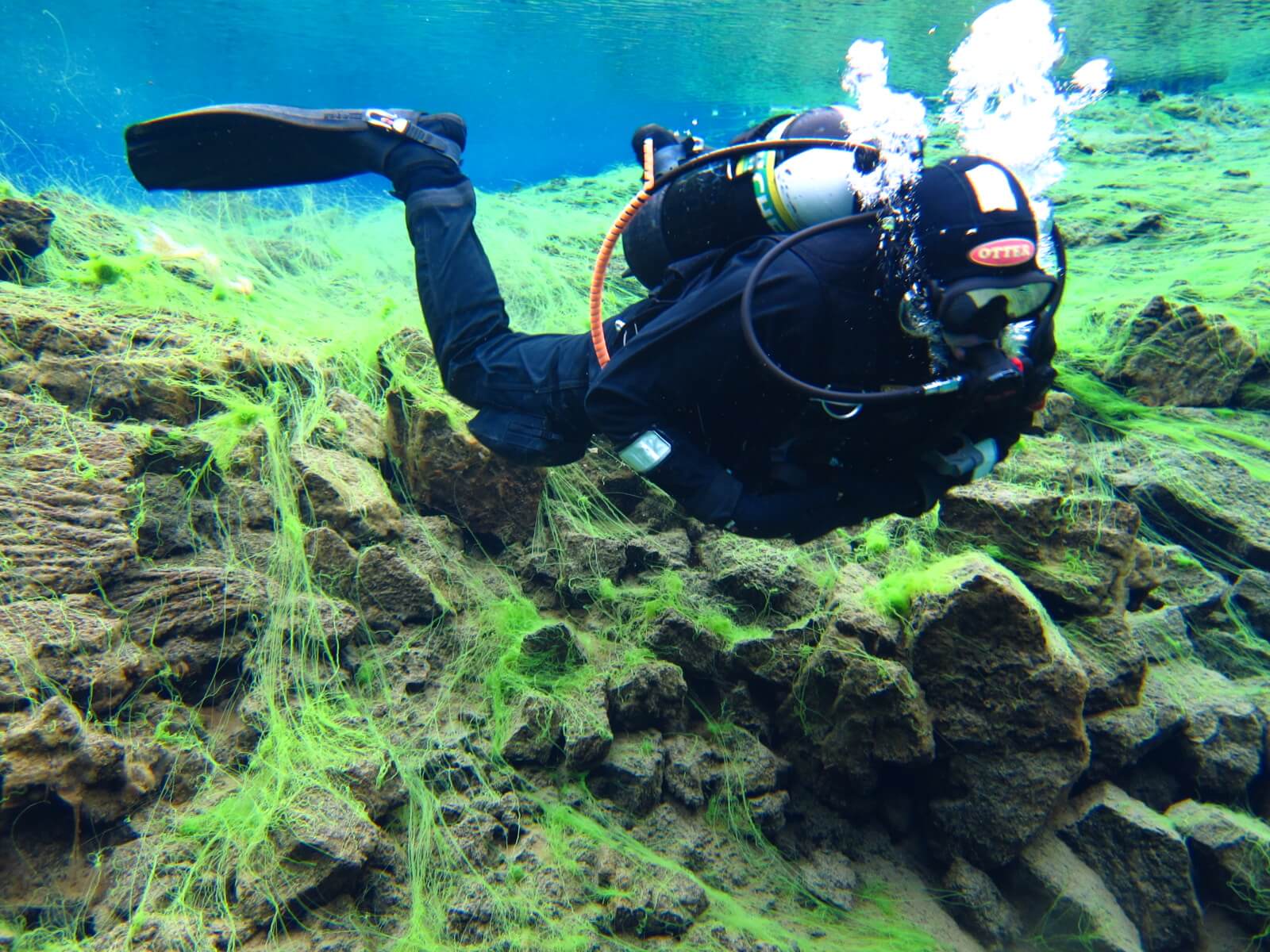 I dragged my drysuit, undersuit, gloves, hood, fins and mask out to Iceland with me which probably isnt necessary as all of the kit is available to hire on the island from the dive centre – they have a fully stocked centre as you would expect with lots and lots of neoprene dry suits to cater for all shapes and sizes. However I am glad I took my own as obviously I am very comfortable in it!

I initially contacted Gisli at Dive the North and told him a little about what I have done and what I would like to do and he put me in touch with Finni at Scuba.Is – the dive community in Iceland is pretty small and they all know each other – apparently a certain Phill Short was out a few weeks earlier teaching one of the locals how to dive a Boris. This was to be my first time on open circuit in 5 years and on a single for a bit longer so I was a bit apprehensive if I would make an arse out of myself as I had no idea what my weighting would be. 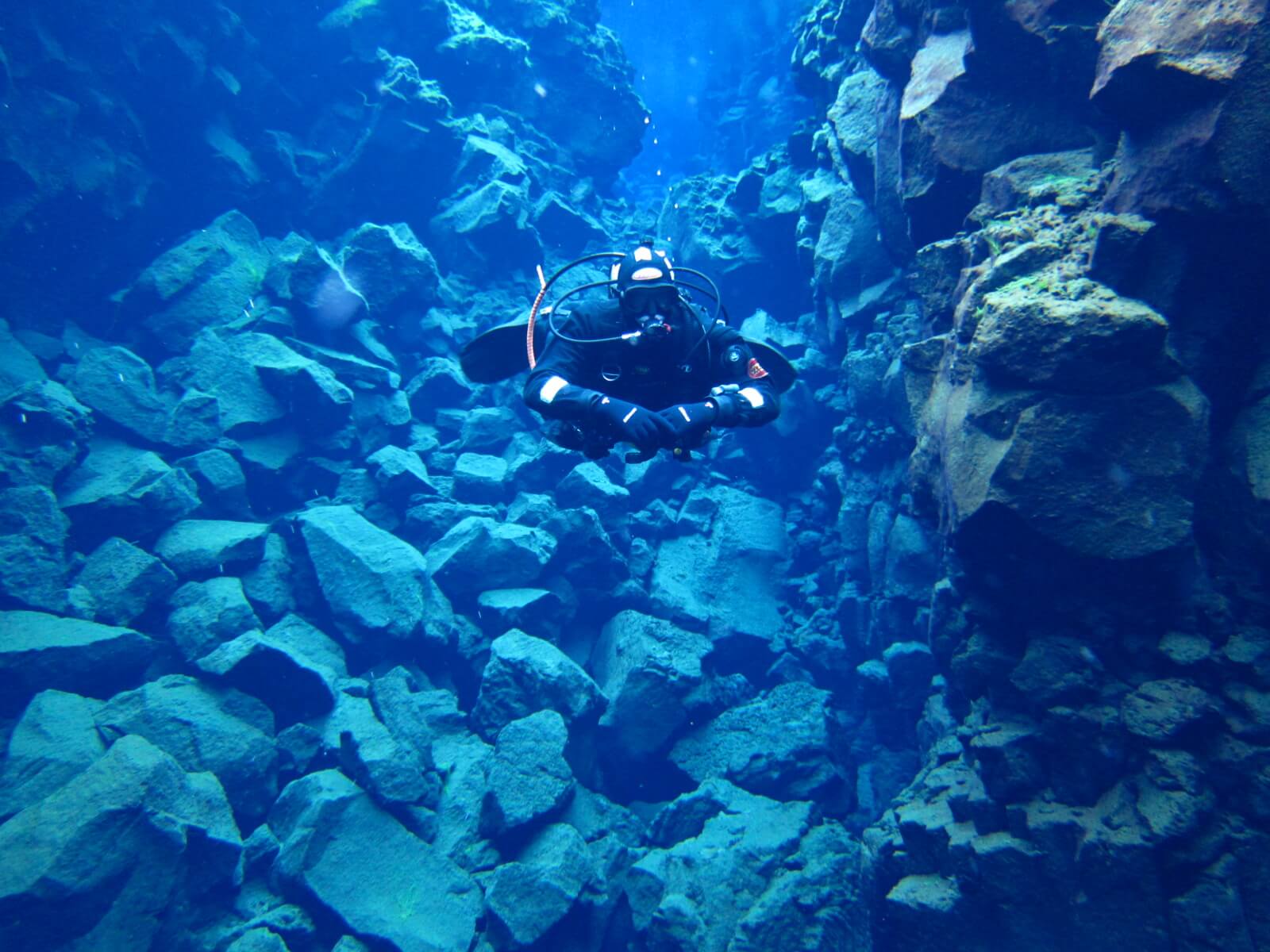 On the morning of the dive Ingvar – a young DM for Dive.Is came and picked me up from my hotel for the short drive to the dive centre where I met Finni and did the paperwork thing then we drove to Thingviller national park which is where Silfra Crack the dive site is located. Ingvar sped past the team from the other dive operator on the island as he said he wanted to make sure we were the first on the site so to make the most of the visibility. I would be diving with him alone unlike the other centre where they have 4 guests with the dive guide. We we quickly into our suits and slung on the single steel 15l for a quick walk to the dive site. The dive is split into 3 parts – Silfra Hall, Silfra Cathedral and the Blue Lagoon – in reality it is a short decent via a steel platform and ladder into the first part which is in the ‘crack’ on the mid-atlantic ridge so on one side you have the American plate and the other the European plate. The water here is unbeleivably clear as it is fed by glacial meltwater being filtered through volcanic rock – basically this is what Evian and Volvic are but the difference here is it is an active volcanic zone. The water is so pure you can drink it during the dive which of course is what I did – very tasty it was too.

We descended the platform and I was wearing 8-10kgs around my waste; Ingvar had brought a weight bucket but fortunately my weighting was bang on straight away so as soon as I descended I signalled I was all ok and then we went off for the dive. 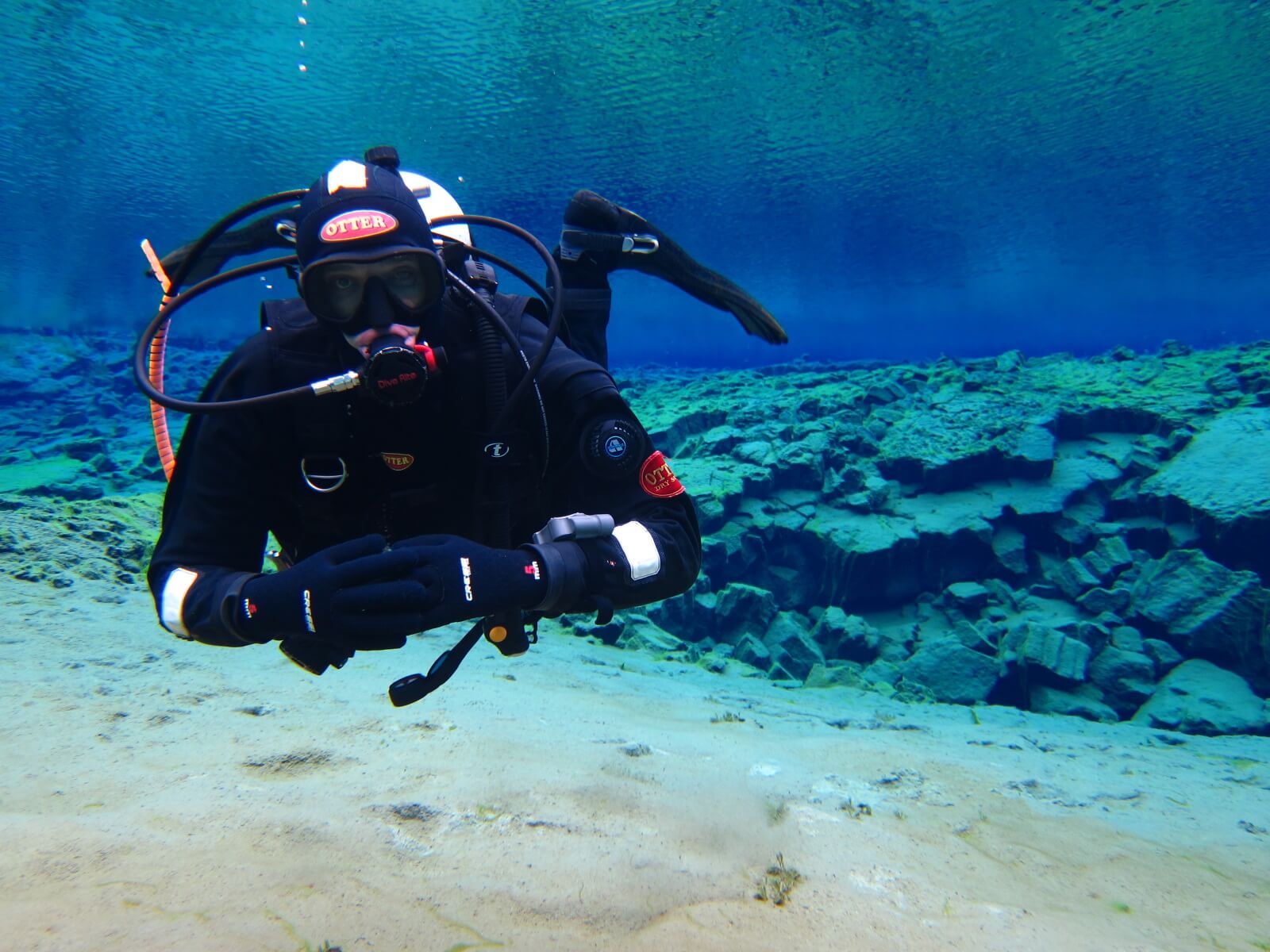 The diving has to be one of the most relaxing dives I have ever done – it was interesting being back on OC and a single and being unencombered by equipment apart from the noisy bubbles that is. Water temperature was a balmy 2-3 degrees but I never really felt it during the dives. The water visibility is simply stunning and the oft used expression ‘like diving in air’ can really be said to apply here; the first two parts of the dive involve snakeing through cracks and rifts admiring the endless viz and landscape before a silt mound builds up which you drift up to the blue lagoon which is where the dive finishes. Ingvar warned me prior that the substrate at this part and within the lagoon is fine silt / mud and that is the reason he wanted us in first as a misplaced hand or poor fin kick can send up clouds of silt ruining the viz. Fortunately my trim was on best behaviour and I didnt embarrass myself. The viz in the blue lagoon was truly epic – the reason they measure the viz at 150m + is that if you can see one edge when you enter it you know the viz is that good as the other side is 150m away! The surface waters were also very calm leading to a mirror like finish and reflections of the below water scenery on the surface. We finished the dive and walked back to the van for hot chocolate and biccies (proper mug sized not south coast scottish skipper sized) and waited for the other divers to finish before going back for another crack. Ingvar admitted it was nice to dive just as a pair as he could enjoy the dive also rather than worrying about looking after me (well other than taking lots of pictures!) and for the second dive we opted to go for another part of the system with swim throughs , underhangs and another crack system to the left of the blue lagoon. It did mean we ended up in the middle of the national park with a bit of a walk back but it was great fun nonetheless. 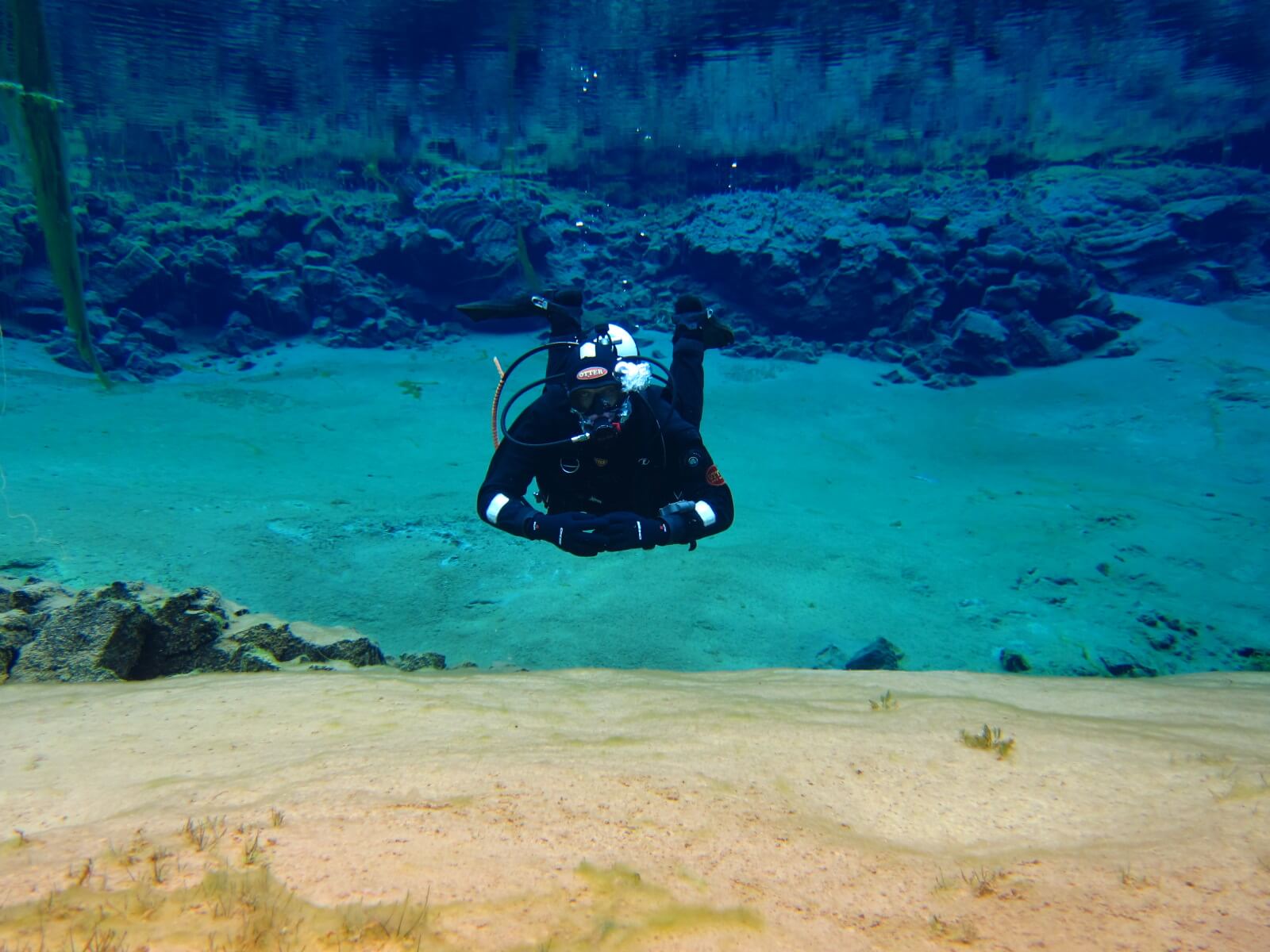 Maximum dive depth is just over 20m but its mostly a lot shallower than that especially in the blue lagoon so even after 45m to an hour I still had 150 bar left – a benefit of being so shallow. Water temps were 2-3 degrees provided you were your normal UK kit (or hire it at the centre) you should be fine.

Iceland itself is a cracking place to visit and somewhere I would definately go back to – I wouldnt say its a dive only destination as there is so much to do topside but if your ever get out there do yourself a favour and do this dive – you truly wont forget it. Finni and Ingvar at Scuba.Is were excellent and after dropping me back at my hotel they burned the 155 pics onto a disk and dropped them back at my hotel would definately go with them again when I go back to the island. 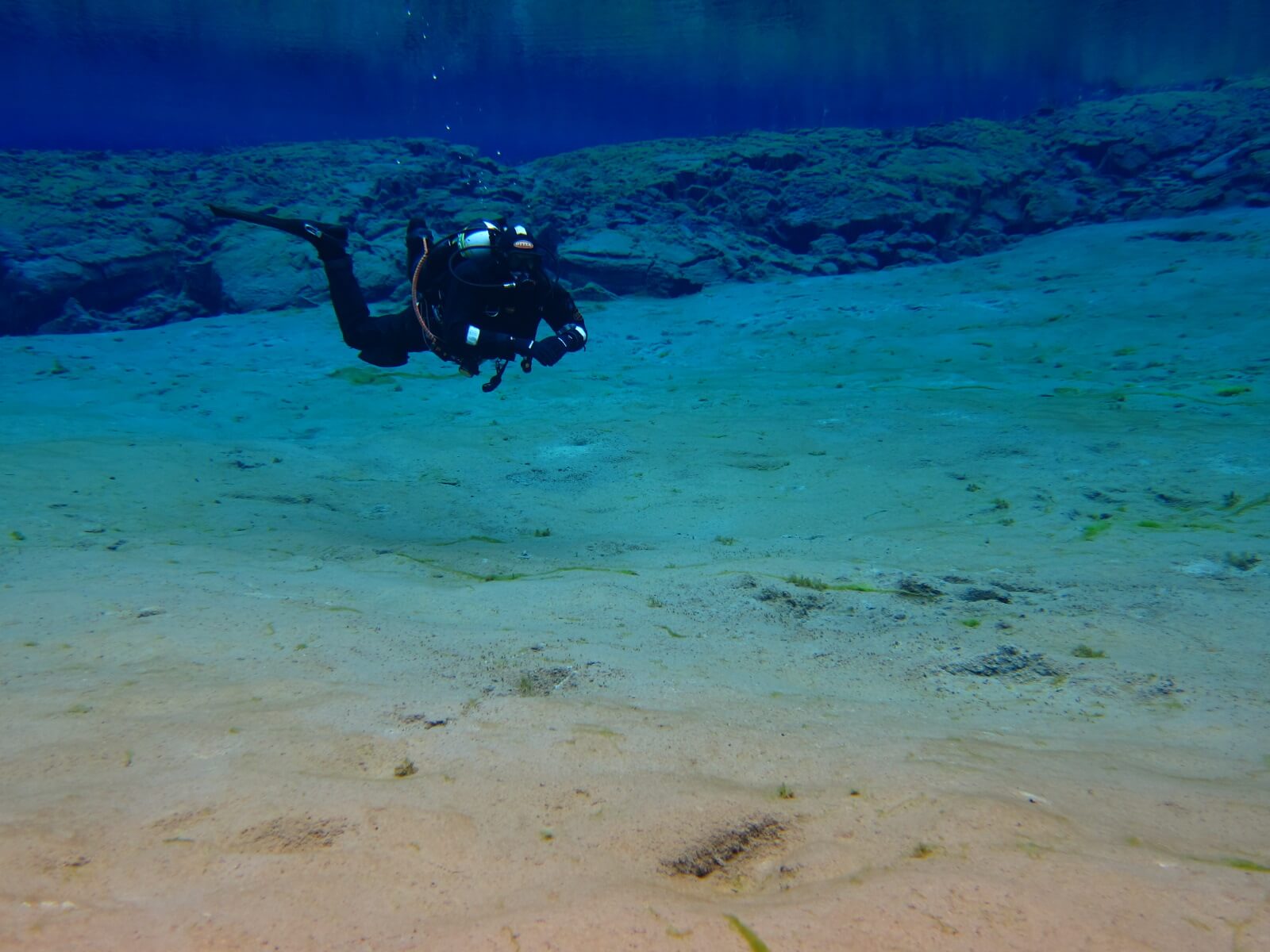 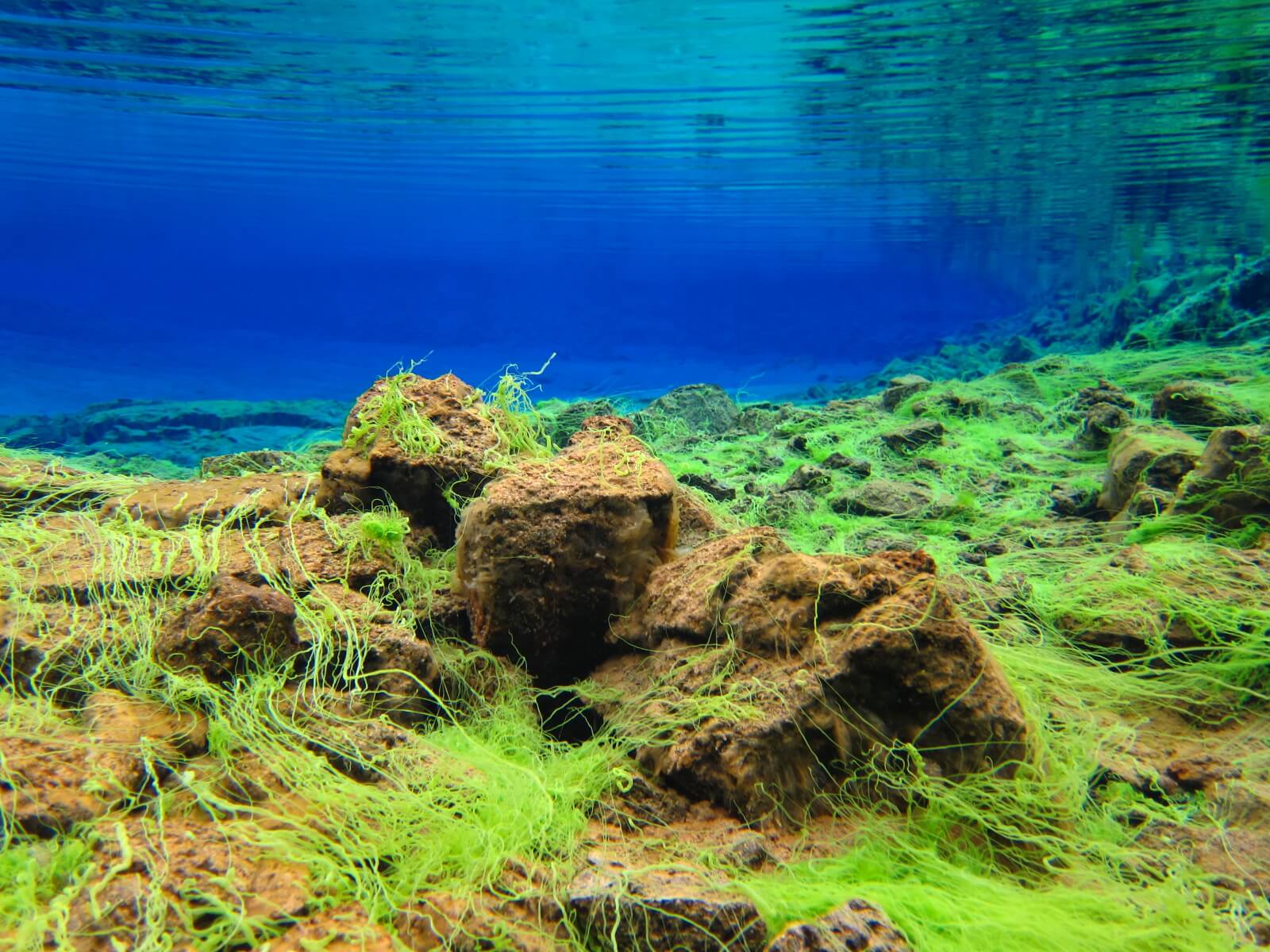 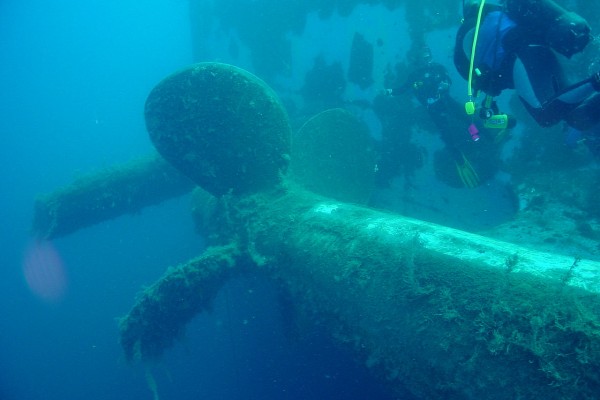 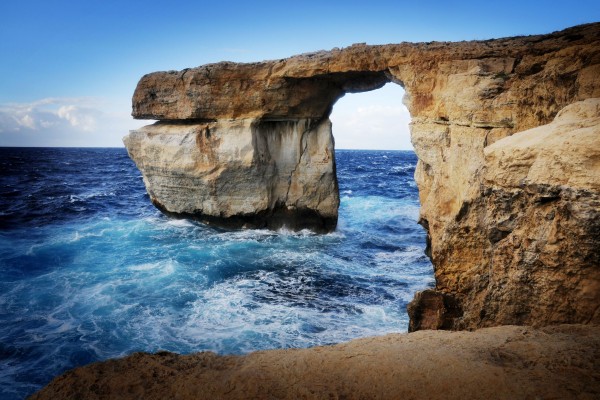